Throughout the annals of history, some of the most notorious combat technicians belonged to the mighty Roman empire, laying siege to half the known world, and conquering all in its path. Thanks in large to its disciplined and organised battalions, the like of which the world had never seen.

Now, vEmpire is bringing this historical strategic force to the blockchain in a mighty battle of tactics for the play-to-earn arena, allowing a new wave of gamers to form their own bespoke Roman legion, as they look to dominate the metaverse.

The first offering in vEmpire’s Ancient Rome-themed series sees vEmpire: The Beginning hit the blockchain. A grandiose one-on-one PvP trading card game where guile and duplicity pit themselves against brute force. To this end, gamers can select between one of two factions, the hot-headed Romulus or the cunning Remus. Two brothers caught in an endless battle for reign over the known world following the death of their emperor father. Now, this feud has spilled over into the metaverse, and its the time for gamers to take the reins, and lead their faction to victory. 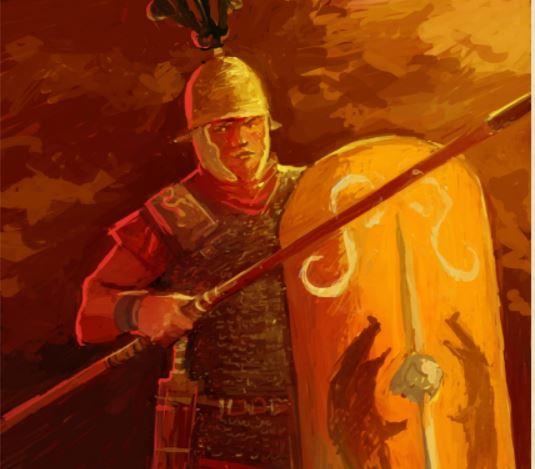 To emerge victorious in vEmpire: The Beginning, players must prove their mettle on the battlefield and their worth in bloody combat by defeating the enemy in colosseum-themed carnage. They will have to demonstrate tactical prowess of the highest order to outwit the advancing battle-hardy legions, and select either the brute force of the Romulus faction or the discrete cunning of his perpetual nemesis, Remus.

How to Register and Play

To get up and running, would-be gamers must first load up a MetaMask wallet with $VEMP, the native currency of the vEmpire ecosystem. Users can achieve this via either the Ethereum or Binance Smart Chain (BSC) networks. However, BSC represents the sensible choice due to the lower fees and faster transaction speeds. Then, head over to the Play Game portal, connect up, and exchange that $VEMP on a 1:1 basis for $xsVEMP in the game launch screen.

On the completion of these formalities, it’s time to set the stakes. For this, they can either create their own room, or join an existing one. Each room has a dedicated amount of $xsVEMP assigned to it as determined by the its creator. Of that total, 90% will go to the winner, and the remaining 10% to the vEmpire DDAO (Democratic Decentralised Autonomous Organisation).

Battling for Control of the vEmpire

Following the initial set up, players can get to grips with the game itself. Each player must create a “Legion” from a pool of 52 cards, 40 of which are faction specific, and the remaining 12 are universal. From these, the Legion must consist of 25 cards, while Chainlink’s state-of-the-art random generator will select 15 from this pool for each battle.

What results is a best of three competition, where gamers must use their cards over three rounds, while accumulating more points than their adversary. Once declared, the winner can then claim their reward from the home screen, following a short transaction period.

Each of the cards available in the game has an NFT counterpart, currently available on the secondary market. Owners of the asset will therefore receive a small performance bonus on the field. As such, normal NFTs will receive +1 to strength, rare will get plus 2, while the rarest of all, the unique items will get a grand +3 bonus.

In the ever-evolving vEmpire ecosystem, the Roman Legion is set to invade the metaverse, conquering all in its path. So, the vEmpire trading card game will come to Decentraland. Then a little later, it will launch a Roman themed hack-and-slash adventure in The Sandbox.

Banksy Works to be Released as NFTs on MakersPlace

Even those who are not overly familiar with art might recognise the name Banksy, along with his signature style of street art. But after conquering

$1.3M Borrowed with MAYC NFTs as Collateral, Will it be Repaid?

As they become even more popular, NFTs have become more commonly used as collateral for loans. Now, entire platforms have been set up to allow

Traversing the world of non-fungibles is a daunting task. With so many new NFT projects, artists, and large-scale collections cropping up weekly, it’s become nearly