As most would agree, ‘the weight of love’ is a concept that can predominantly be perceived as abstract, and further, one that has no real association to the physical realm. The idea could perhaps be rendered as objectively true, that is, before the events of 2015, when the notion was switched on its conceptual head as the 1,000,000+ lovelocks of the Pont des Arts bridge in Paris were one day removed due to their overbearing, safety concerning weight.  A ‘weight of love’ of approximately 45 tonnes in total was removed.

Despite such seemingly ruthless killings of romanticism, Parisian lovers are in luck, as a striking new NFT platform called ‘WeLockLove’ is on a revolutionary mission to leverage the thousands of images which depict individual lovelocks from the infamous bridge.

Along with a whole host of other initiatives, WeLockLove will allow lovers to be reunited with their lovelocks through the medium of NFTs, further allowing their love-showcasing efforts to remain immortal on the blockchain.

Become a Keeper of History

In 2013, a photographer named ‘Alexis’  took almost 40,000 photos of individual lovelocks on the famous bridge. The mass collection of photos prompted the WeLockLove website to launch in the following year, where couples were provided a novel space to try and find their beloved lovelock online.

Plans have since been made to enhance the concept, as now, romantics who suspect that Alexis took a photo of their lovelock will be able to visit the WeLockLove database and a receive a free NFT version of their lovelock if they are successful in their search (with such opportunity of course only be available to those who declared their love on the bridge before 2014).

For the creation of the database to take place, the platform is calling for community contributors to describe the attributes of each lovelock (i.e., the names on it), who, in turn, will be rewarded with exclusive NFTs for themselves.

In another initiative to commemorate the once-seemingly lost lovelocks of Paris, the platform is set to launch 915 ‘The Originals’ NFTs, which will each be a unique collage of the 37,374 photos taken by Alexis. Around 90% will be available for purchase, whilst the remaining 10% will be given away randomly or as rewards.

Metaverse: Your Space on The Bridge of the Future

In partnership with Artgence 3D, WeLockLove is also creating ‘The Bridge of The Future,’ a 3D metaverse experience for users to express their collection of artistic feelings digitally. To pay homage to Alexis’ photographic efforts which provide the premise for such innovative platform, there will be a limited number of 37,374 individual ‘Spaces’ for users to display their ‘Lovelock of the Future’ works in.

In addition, the design of the 3D ’Bridge of the Future,’ as well as the ‘LoveLocks of the Future,’ will be decided through a community contest. Digital artists seeking to hear more information on the contest can directly contact the platform via their Twitter account. 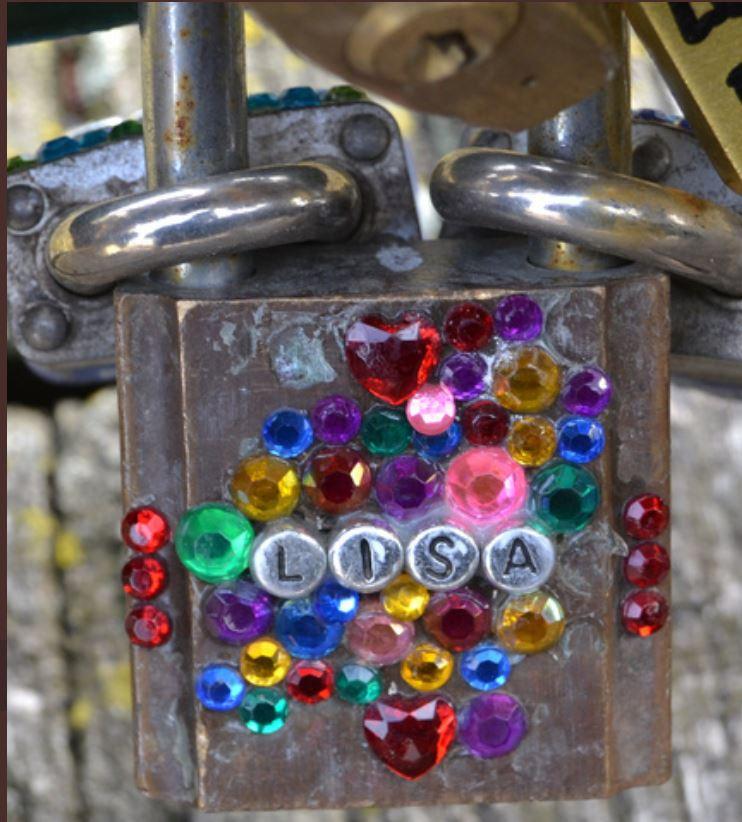 According to the WeLockLove roadmap, once their Twitter account hits 1,000 followers, contributions to describe lovelocks will start, where a leaderboard will also be implemented to showcase which top contributor will win a ‘The Originals’ NFT. Exclusive raffles where other ‘The Originals’ NFTs will be up for grabs are also in the pipeline.

As more and more ‘Contribution’ targets are met, more ‘The Originals’ NFTs will be dropped.  The designing of ‘The Bridge of The Future’ contest will commence once 100% of the NFTs are released, followed by the launch of the WeLockLove database. The launch of the 37,374 3D Spaces will then commence at a later date which is yet to be confirmed.

Those wanting a sneak peek at WeLockLove digital artwork can check out the contemporary photography fair ‘fotofever‘ in Paris.