In terms of blockchain adoption, gaming seems to be one of the industry’s biggest successes. Current statistics indicate that over half of global blockchain usage goes to the gaming sector, which is good news for both blockchain and game lovers. But despite all of this, there are certain pain points that players face.

These pain points are what GameSwift, a web3 gaming ecosystem, is looking to address. Hot off the heels of its strategic partnership with Polygon, GameSwift introduces some new exciting features to elevate blockchain gaming and onboard the next million players into the world of web3 gaming.

GameSwift is a one-stop gaming ecosystem that caters to the web3 space and strives to offer interoperability for users on the level that they are used to with web2. With its four pillars; Chain, Web3 Infrastructure, Platform, and Gaming Studio, GameSwift gives both developers and players a wealth of opportunity.

One of the core benefits that GameSwift offers is interoperability. When playing web2-based games, users have platforms like Steam that give them access to a wide library of titles. But with blockchain gaming, titles are often based on different chains and protocols, meaning players don’t have the same access. GameSwift is addressing this market gap by curating a roster of high-quality web3 games and ensuring interoperability for both the players and developers.

“Web3 game developers are already building across dozens of competing, non-interoperable blockchains. A well-developed infrastructure will be necessary to support cross-chain interoperability and further growth of the web3 gaming sector. That is precisely why GameSwift introduces its proprietary solutions enabling seamless use of blockchain technology for all users,” says Wojciech Gruszka, the CEO of GameSwift. 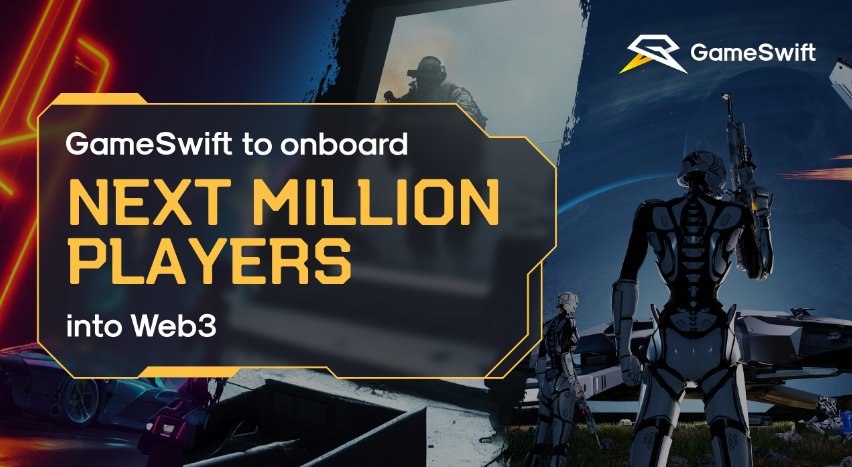 GameSwift is actively trying to streamline the web3 gaming experience and this is a huge part of it. Not only can users log in but they can also compare their achievements among other players and link the ID to their digital asset wallets like MetaMask, WalletConnect, Trust Wallet, or Phantom.

There are also benefits to be had for developers in the form of the GameSwift SDK, its native game deployment tool. Using the SDK, game developers do not need to have knowledge of blockchain-specific programming languages. Regardless of their current expertise in blockchain, the GameSwift SDK allows them to deploy web3-compatible game titles.

Launch Your Game with GameSwift

With all these exciting developments, the GameSwift team has assured users that they will be able try out the first tools before 2023.

If you’d like to participate in empowering the next generation of web3 games and are a passionate creator who aims to bring to life an immersive web3-based gaming adventure, the applications are now open. Fill in the application form here to launch your game with GameSwift!