Bulls and Apes Project (B.A.P) chronicles the evolutionary tale of a human-made species of Bull, as it embraces its innate curiosity to eventually stumble upon the culture of its creators – the humans.

Although invigorated and engaged within abundance of lore, the project’s storyline is currently open-ended, as it appears the human creator is on the cusp of introducing mayhem to the somewhat stagnant and content society, through the use of an army of Apes. This may sound cruel to begin with, but such action is not only for the benefit of the Bulls, as without conflict and rivalry, societal progression cannot be made.

The 10,000 unique Bulls are created by a visionary human being who decided to build his own society from scratch, after already offering their wisdom to the many civilizations and distant planets which resided in the universe.

With a fusion of human and Bull genetics, the Bulls are rendered bipedal walkers which host an array of different genetics (traits) which distinguish themselves from ‘original’ Bulls. They all also originated at the depth of the Mountain of Creation, which was formed from the powers of the creator.

As part of their creator’s plan, each Bull possesses one of four birthmarks at the bottom of their feet, with each representing a respective Guild. Each Guild exited the Mountain of Creation in its own direction, ultimately leading to each building separate, but blossoming societies.

As each society progressed, questions around their reproductive capacities and evolutionary path began to surface, which ultimately led to the Bulls discovering the cultures of their creators and genetic cousins – the humans. Here, Bulls began adopting the norms of humans, with half of the population harmoniously deciding to keep to their traditional roots. To the creator’s surprise, and unlike the human race, such division caused zero conflicts, and further, prompted a period of peace which inadvertently halted progress.

For now, the lore behind B.A.P ends at the point where the creator is drafting up plans to unleash Apes into the Bull societies, to further encourage the Bulls to manifest the traits in which the creator initially fell in love with, such as loyalty, power, and aggression. 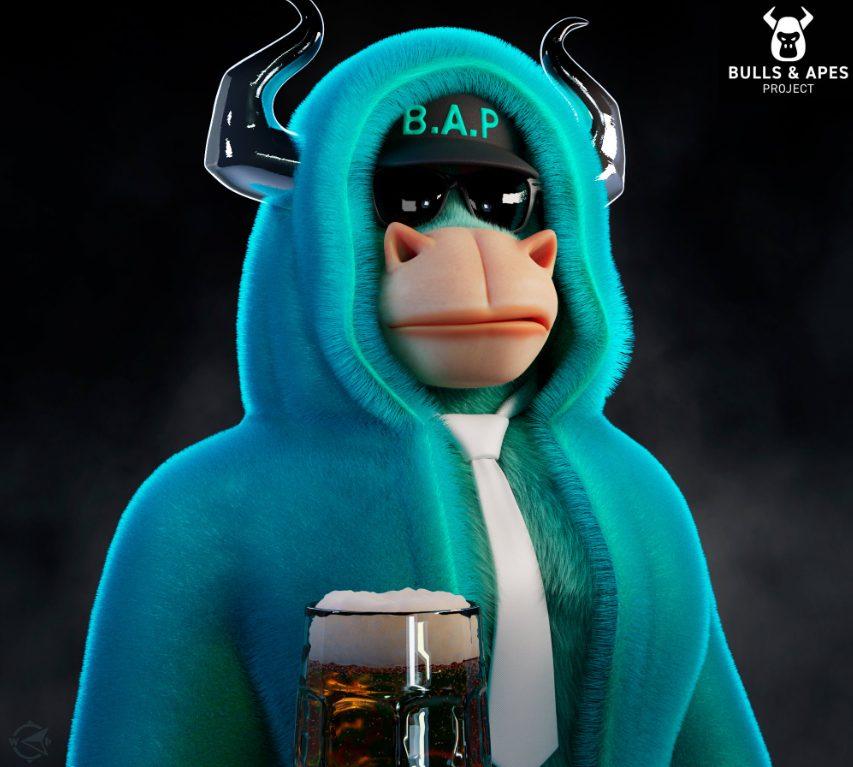 Holding a B.A.P NFT comes with an array of utility avenues, beginning with the artistic aesthetic of the Bulls themselves. Each OG Bull is a unique, 3D generative rendering which sports an array of different traits and rarities, to ensure there is a style for everyone.

Through holding a B.A.P NFT, you earn Methane ($METH) tokens each day, with the rate of OG Bull NFTs being 10 METH per day, which can then be used for new NFT mints, access to IRL events, or for any other B.A.P metaverse purchases.

There is also the Inner Circle, with informational content from within the Web3 industry, and being part of the B.A.P community through attending IRL events, conferences, parties, partnerships, physical and mental health wellness initiatives, mentorship programs, and charity events.

The project aims to have a meaningful and lasting impact on the lives of community members. Using the experience, knowledge, and connections the founders have accumulated over their careers, they intend to bring access to education, mentorship, and opportunity that many would never otherwise see.

With B.A.P also being a fully funded project pre-mint, revenue generation isn’t a primary concern for the project, meaning mint funds can be locked away with the ability to be recollected through a flexible refund policy dubbed the Money-Back Guarantee (which is active from 31 days post mint until 180 days post mint). 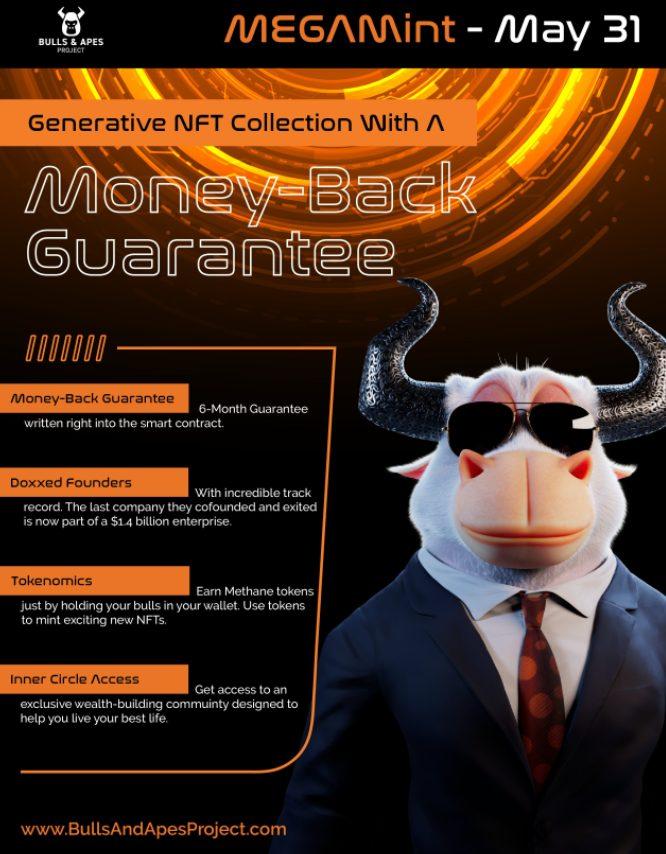 The B.A.P team is fully doxxed and loaded with experience. CEO Anthony Mongiello is an Operations and Technology Leader with almost 20 years of experience in tech-related business development and road mapping. The project’s two other co-founders Manny Coats and Guillermo Puyol both have a wealth of experience in working on mobile games, software development and marketing, which ultimately led their previous project now being part of a $1.5 billion enterprise.

To get a better understanding of the masterminds before the projects, listen to their appearances on various podcasts (such as Crypto Business, Entrepreneurs on Fire, The Nifty Show, My NFT Journey, NFT 365, and The Mojo NFT Show), or alternatively, visit the project’s YouTube channel.

In wake of the upcoming 100% pre-funded mint of OG Bulls, God Bulls, Super-Rare God Bulls, Stylin’ Teen Bulls, Apes, and other collections will all be dropped along with a physical card game concept which’ll tie them all together.

Further down the line, a B.A.P metaverse will be developed, along with potential gaming partnerships and official merchandise in the realms of fashion and toys.

PrevPreviousDiscover Love, Death and Robots Collectibles in NFT Scavenger Hunt
Next5 Projects That Celebrate Diversity in the NFT CommunityNext